The Board is made up of involved community members representing business, education, law enforcement, clergy, physicians, and local families. Through monthly meetings, the board oversees the daily activities of the organization.

Annette Mendoza - President
Annette Mendoza resides in Whittier and has served over 34 years in education.  She has been a teacher, learning specialist, school psychologist, assistant principal, and principal in two school districts in Los Angeles County.  However, she has worked in East Whittier City School District for most of her professional career.  Annette has a Bachelor of Science degree and Master of Education degree from the University of Southern California. She also has two Master of Education degrees in Pupil Personnel Services and Educational Leadership from Azusa Pacific University.  She is committed to supporting children’s development and learning, respecting individual differences, and preparing students to become lifelong learners who will have the skills needed to live, work, and thrive in the 21st Century. 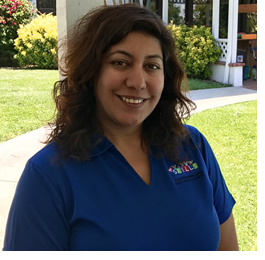 Maggie Cordero - Vice President
Associate Dean- LA Trade- Technical College
For over 11 years, Maggie has worked with underrepresented populations in higher education providing academic and support services that allow students to achieve their educational goals.  Currently she works as the Director of Federal TRIO Programs at Santiago Canyon College.  Maggie has a Bachelor of Science in Public Policy and Management from the University of Southern California and a Juris Doctor from Syracuse University.  Maggie grew up in Whittier and passionate about making a positive impact in the community that she grew up in.
Director –Santiago Canyon College 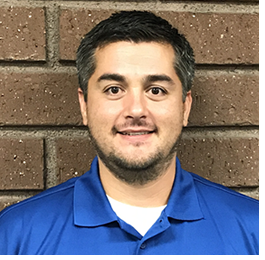 David Renteria - Secretary
School Social Worker-East Whittier City School District
For over 10 years, David has worked with high at-risk children and families in various capacities.  His primarily focus of work has been with foster children and transitional aged youth.  In 2015, he graduated from California State University, Long Beach with his Masters in Social Work.  Currently, he is working at East Whittier City School District as a school social worker counseling students kinder through eighth grade.  David's passion is making a positive impact in the lives of the children he works with. 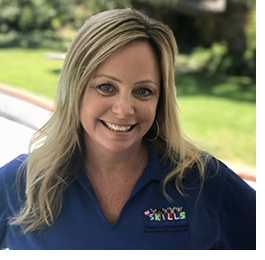 Tera Sillett
CalSWEC Administrative Analyst-University of California, Los Angeles
Tera Sillett was born and raised in the City of Whittier and has raised her children here too. Tera has worked in the elementary and junior high school settings and is now working in the Social Welfare Department of UCLA as an Administrative Analyst. When Tera’s daughters were teenagers, they received an invite from the SKILLS Organization to attend a junior high dance that was to be held at the Whittier Community Center. Her daughters always had a good time and came home with memories made. This monthly dance introduced Tera to the SKILLS Organization and what it provides to our Whittier community and she has been a huge fan ever since. Tera joined the board in 2008 as a parent wanting to give back to her community. 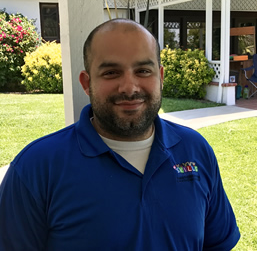 Juan Rivera
Realtor - Homes by Rivera
Juan was born on the east coast in Newark, New Jersey in 1983.  He spent his formative years up and down the east coast from Massachusetts down to Florida.  He grew up meeting a diverse array of people which allowed him to interact and identify with many different social, economic, and cultural classes. After graduating high school,  Juan started his first full time business.  He took some skills he learned in computer repair and began a door to door knocking campaign to offer services to anyone in need of computer repair or maintenance. After shutting the business down to pursue a more stable line of work,  Juan settled into the emergency medical services business.  He trained and worked with companies providing ambulance and emergency services to communities in Northern New Jersey. After moving to California, Juan moved into the real estate market.  He combines his marketing knowledge, door knocking effort from , and contribution based service from ems to create an exceptional client experience as Realtor and CEO of Homes By Rivera. 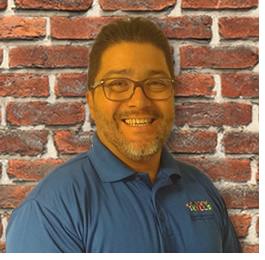 Jose G. Luevano
AVP, Branch Manager- California Credit Union
I grew up in the East Los Angeles/Montebello area, graduating from Schurr High in 1996. Shortly after graduating I enlisted in the United States Marine Corps were I trained to be a Military Police and was stationed in Camp Le Juene, North Carolina. In 1997 I received orders to participate in Marine Security Guard School in Quantico, Virginia. Upon completion of training I was deployed to New Delhi, India and then Sao Paulo, Brazil. I was Honorably discharged in 2001 and graduated from UCLA in 2005 with College Honors, Departmental Honors and Cum Lade. Once receiving my B.A. in Economics I found myself in a sales environment. I began my sales career in the consumer banking area. The success in sales catapulted me to a sale manager position Nu Vision Federal Credit Union (2007 - 2011). While working at Nu Vision I obtained an MBA in Information Technology from the University of Phoenix, 2011. After receiving my degree I was recruited to join a different credit union, California Credit Union. There are other organization that I have partnered up with. I served on the Board of Counceling4Kids organization. The mission of the organization is to reach out to kids in the foster care system and provide counseling services. Currently I am serving as a Social Services Commissioner for the City of Whittier. I have lived in Whittier since 2007.

Nora Almaguer - Advisory Board
General Manager- Concerned Capital
A small business consulting firm that saves and creates jobs, promotes entrepreneurship, and supports community stabilization by facilitating the transferring of small business ownership between retiring owners and key employees.  Nora has extensive experience in implementing a series of innovative education and community development efforts and is a firm believer in quality education and enrichment programs as key components to building the next generation of servant leaders in the Whittier community.  Nora has a Bachelor of Arts degree from the University of California, Berkeley, a Master of Public Policy degree from the University of Southern California, and a State of California Bilingual Multiple Subject Teaching Credential. 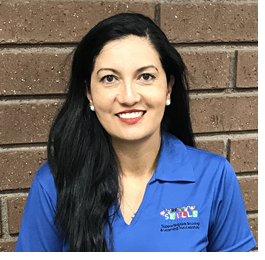